On 29 April 2022, in Hanoi, the Joint Stock Commercial Bank for Investment and Development of Vietnam (BIDV) held the Annual General Meeting of Shareholders (AGM) 2022, which was attended by 146 shareholders, accounting for more than 96.7% of the voting shares.

The AGM approved the Board of Directors’ report for the 2017-2022 term. During this term, BIDV’s Board of Directors directed the whole system to comprehensively and synchronously complete the annual business targets assigned by the General Meeting of Shareholders and successfully implemented the restructuring plan together with bad debt settlement in the 2016-2020 period.

Credit has grown quite well, complying with the credit growth limit assigned by SBV, focusing on manufacturing and priority areas following the Government’s policy, SBV’s direction and orientation of BIDV. As of 31 December 2021, total credit and investment had reached VND1,677,310 billion, 1.76 times higher than that of 31 December 2016; in which, customer credit reached VND1,368,029 billion, 1.82 times higher than end of 2016, marking CARG of 12.73% for the 5 year period and No.1 market share of over 13%.

Credit quality is strictly controlled: NPL ratio as of 31 December 2021 was 0.82%, meeting NPL target assigned by SBV and AGM. Provision has been fully made following regulations. In 2021, provision was fully made for the restructured loans under Circulars 01, 03 and 14 of SBV, 2 years earlier than the timeline required. Bad debt coverage ratio of the banking business reached 235% as of 31 December 2021. 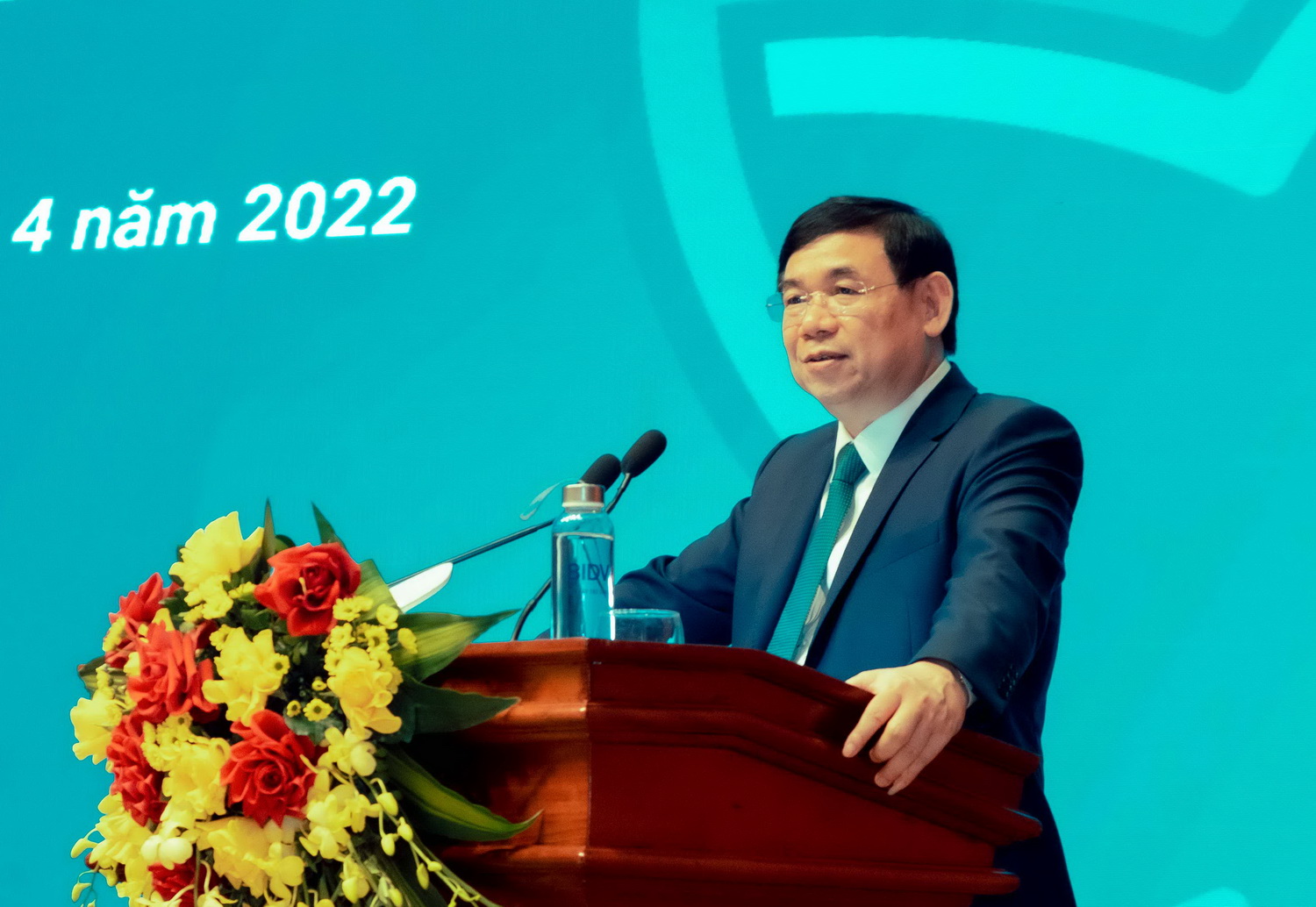 Mr. Phan Duc Tu - Chairman of BIDV's Board of Directors spoke at the meeting

In the 2017-2021 period, the Board of Directors closely directed to implement capital raising measures with important results: In 2019, BIDV successfully carried out private placement to Hana Bank - its strategic shareholder, raising its charter capital to VND40,220 billion from VND34,187 billion. In 2021, BIDV raised charter capital through stock dividend payment, bringing its charter capital to VND50,585 billion. During the term 2017-2022, BIDV’s Board of Directors led the whole system to strictly follow the Party’s and State’s policies, direction and orientation of the Government and SBV, contributing to maintaining macroeconomic stability, controlling inflation, and stabilizing the money market, making a significant contribution to the overall achievements of the country. 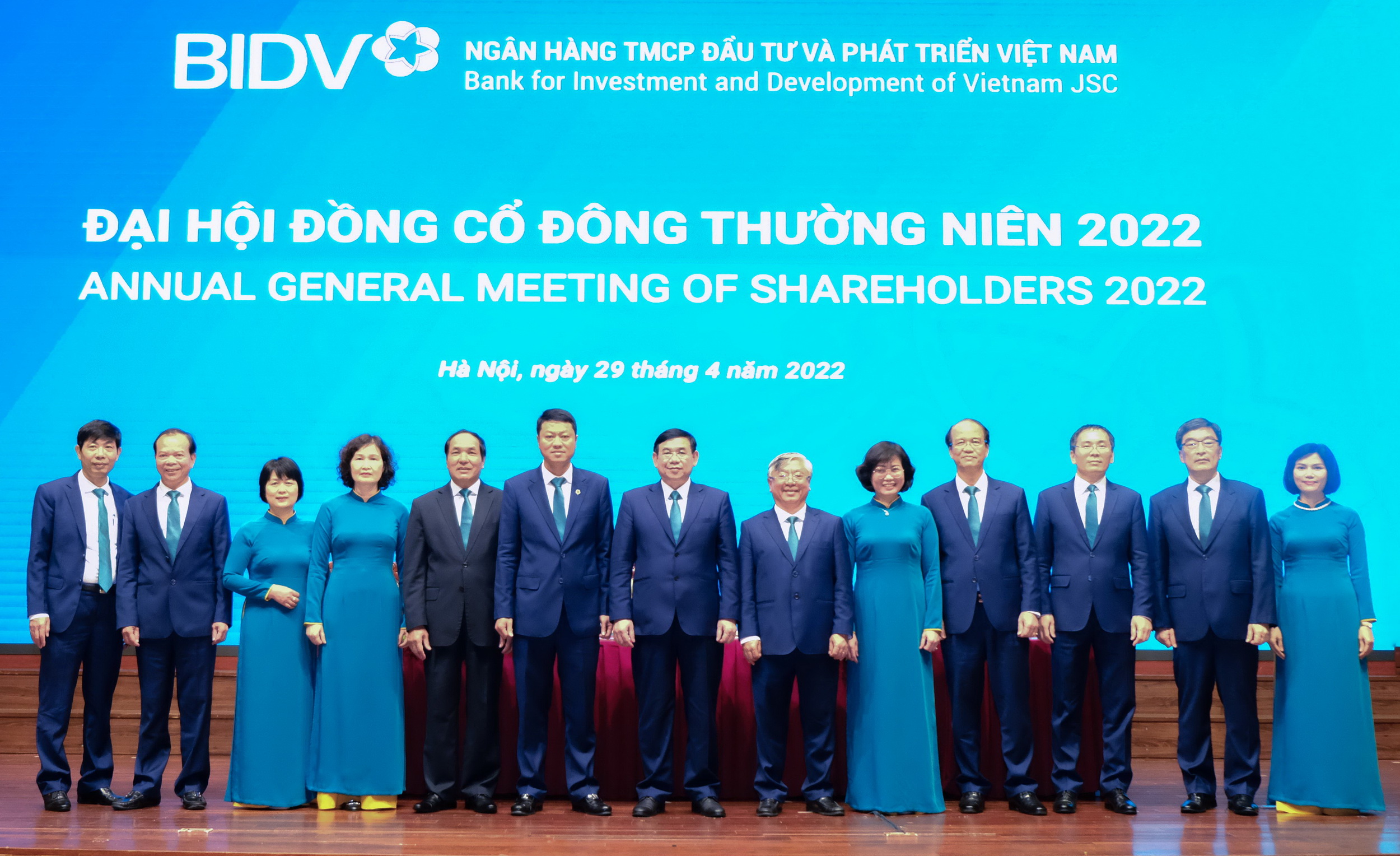 Determining the motto “Discipline - Efficiency - Digital Transformation”, BIDV strives to complete the business plan 2022 with the main targets including: Credit grows in line with the limit assigned by SBV; Deposit in line with credit growth, ensuring LDR ≤85% as prescribed, deposit growth is expected at 10%; profit before tax of the banking business is VND20,000 billion, consolidated PBT is VND20,600 billion.