After nearly 20 years of cooperation, BIDV and VSIP continued to bolster the strategic partnership through signing a credit contract worth VND4,600 billion (USD200 million) for financing the development of VSIP III - Binh Duong Industrial Park. 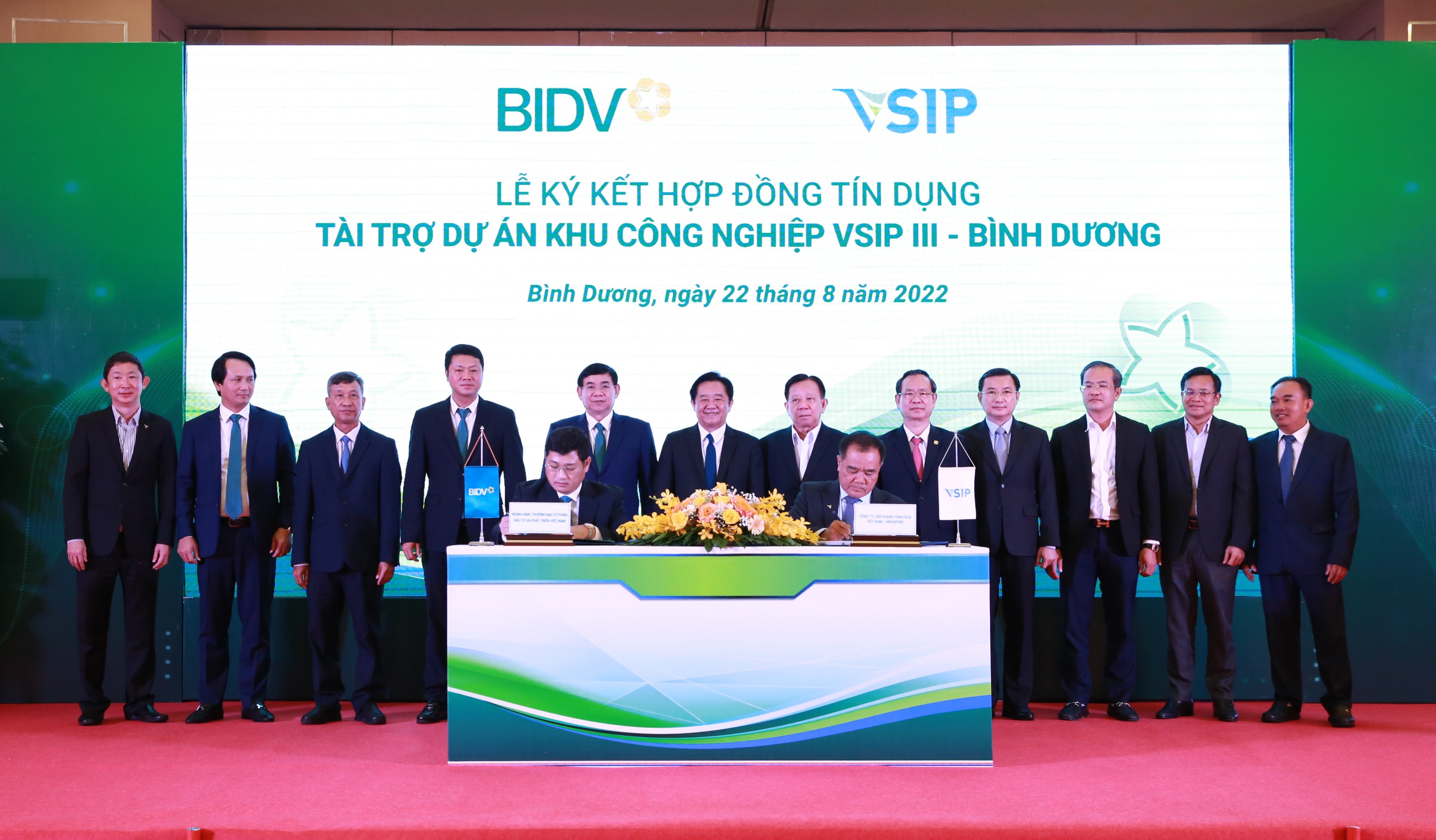 BIDV will leverage its position as the leading financial institution and the largest commercial bank in Vietnam by total assets, anda wide network across the country in general and in Binh Duong in particular to provide diverse products and services to support the two’s growth. Especially, BIDV has experience in serving more than 15 million individual customers and 340,000 corporate customers (including more than 6,400 FDI enterprises nationwide and more than 1,000 FDI enterprises in Binh Duong province). .

One of the leading industrial park developers in Vietnam, VSIP said it will effectively use the BIDV-funded capital to successfully implement the project, thereby bringing economic efficiency to the parties as well as contributing to the socio-economic development and investment attraction in Binh Duong province and Vietnam in general.

The two parties believe that, building on the success of the VSIP projects deployed across the country, the VSIP III - Binh Duong project will continue to be an attractive destination for domestic and foreign investors, a typical model of a synchronous, smart, environment-friendly, sustainable and modern industrial park in line with the development orientation of Binh Duong province and the government of Vietnam.