Scholarships for children of CASA 212 crew 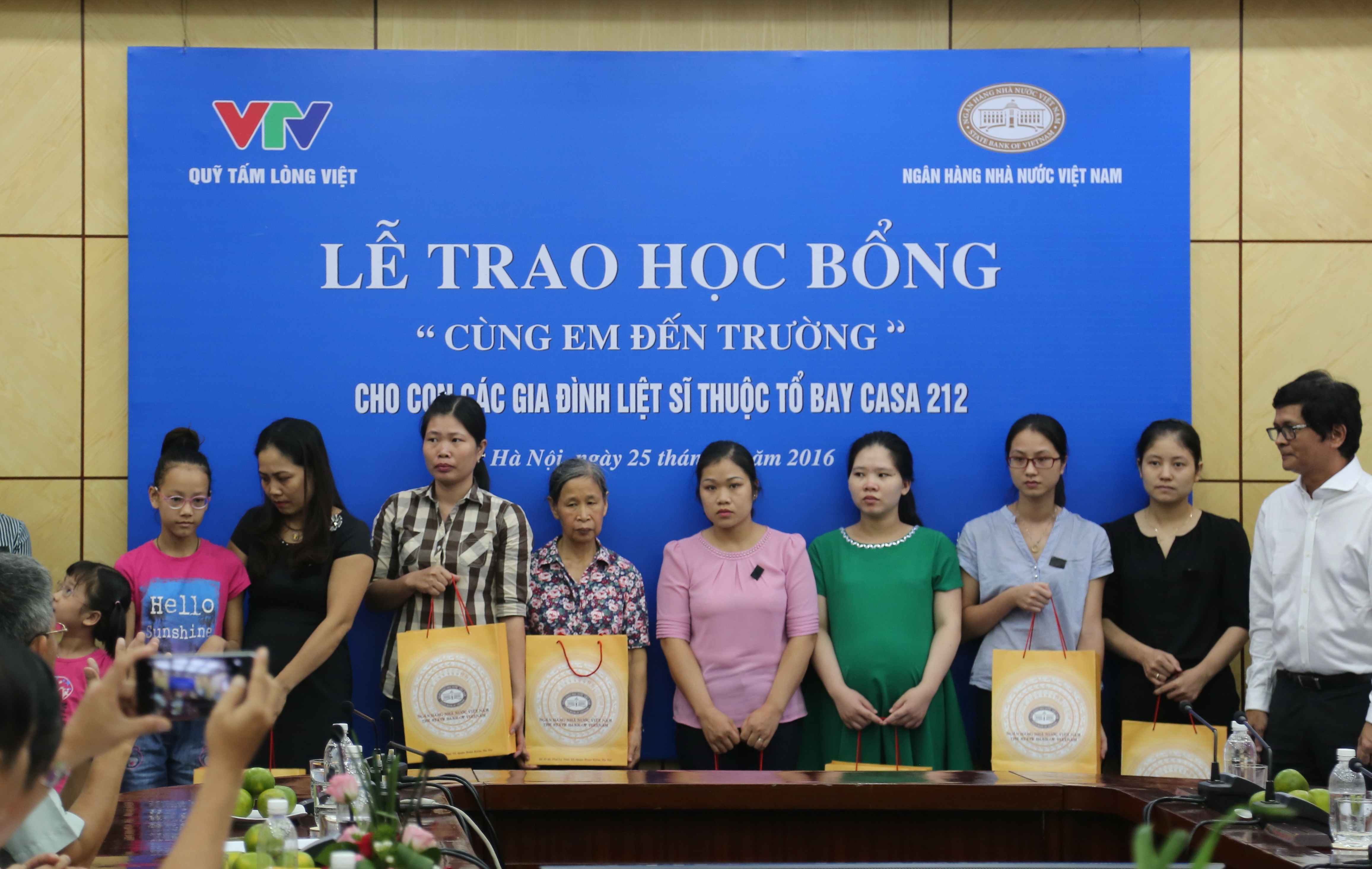 The State Bank of Vietnam (SBV) has collaborated with the Vietnam Heart Foundation of Vietnam Television (VTV) to award scholarships to the children of the crashed CASA 212 crew who suffered fatal injuries whilst on duty.

The scholarship programme entitled ‘Together with you to go to school’, was organised to support the families of the deceased army pilots. Mr. Le Minh Hung, Governor of SBV and Mr. Tran Binh Minh, VTV General Director and banks attended the scholarship awarding ceremony.

On 16 June 2016, nine soldiers onboard the CASA 212 aircraft 8983 perished while on a search mission for a missing pilot from the aircraft Su-30 MK2. The CASA 12 crew members leave dependent family members behind including small children and elderly parents facing ill-health.

The gifts demonstrate both the compassion of the banking sector in general and BIDV towards people losing beloved family members. The spiritual and financial support provided by BIDV and the other organisations will help the children to continue their education.

As a pioneering bank in social security activities, BIDV regularly supports disadvantaged people, vulnerable groups and devotees of the country.