With positive results in the cooperation, BIDV was named by Vietnam National Payment Corporation (NAPAS) as a typical partner bank in 2021, honoured with two awards “Bank with The Best POS Network” và “Dynamic Bank”.
The event was organized by NAPAS on December 17, 2021 in Hanoi to honor BIDV and many other representative member banks with many contributions to the financial switching operation and electronic clearing system, adding to the promotion of the banking system, promoting non-cash payment according to the orientation of the Government and the State Bank. 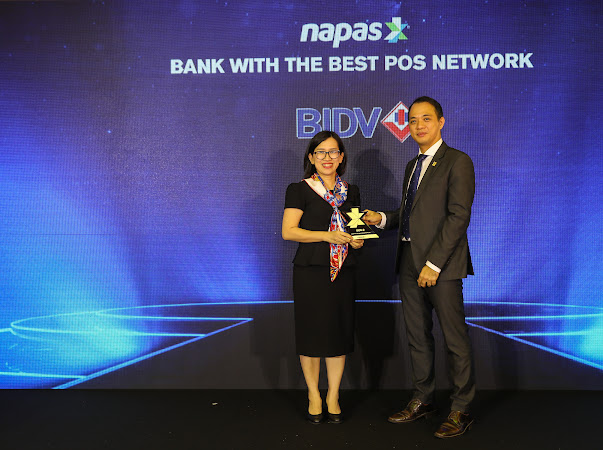 BIDV was honored with “Bank with The Best POS Network” 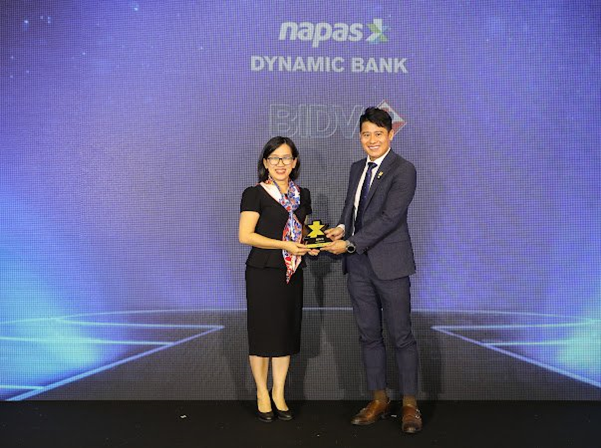 BIDV was honored with the “Dynamic Bank” award

The “Dynamic Bank” award is given to banks that have actively accompanied and joined NAPAS to implement key projects as well as pilot projects including QR Thailand, VietQR, international connection with DFS and NSPK, prepaid card, Vinbus and Topup connection.

Given the Covid-19 pandemic, in 2021 BIDV and member organisations cooperated with NAPAS to launch new projects and products to the market, such as converting magnetic cards to chip ones, integrating payment application in traffic, expanding the connection of online payment infrastructure at the National Public Service Portal with 63 ministries and localities, connecting payment using compatible QR codes between Vietnam and Thailand, the cashless payment solution on the first electric bus route of Vinbus.

Also in 2021, NAPAS collaborated with BIDV and its partners to implement 20 marketing and promotion programs as well as work with media agencies to deploy programs that contributed to raise awareness and behavior in consumption, thereby promoting the non-cash payment.

NAPAS also shared with BIDV and its member organisations about the plans and strategic projects that will be implemented in 2022 with a vision to 2025.