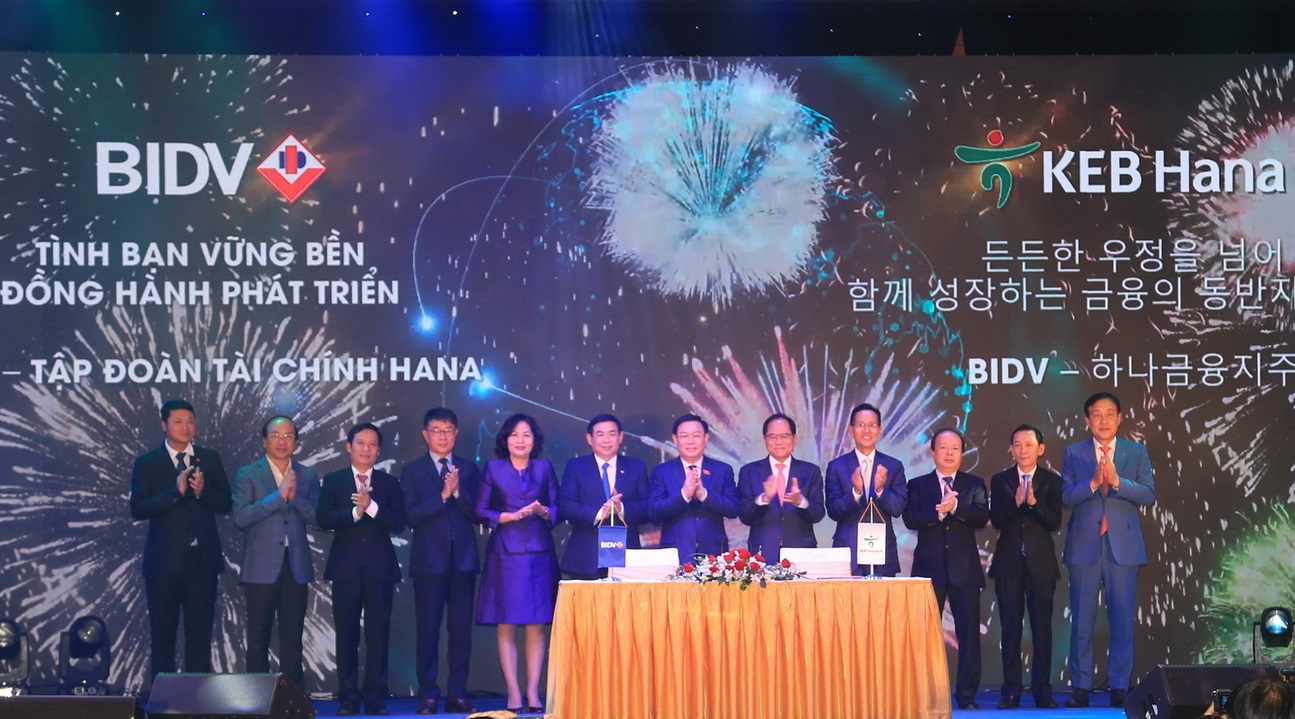 Upon the approval of the Governments and competent authorities of Vietnam and South Korea, BIDV and KEB Hana Bank have completed the deal procedures and legal documents regulated by the laws of the two countries. KEB Hana Bank officially became the first foreign strategic shareholder of BIDV. Particularly, BIDV issued over 603.3 million shares as a private placement to KEB Hana Bank with a total value of nearly VND20,300 billion. After issuing shares to KEB Hana Bank, BIDV's charter capital increases from VND34,187 billion to VND40,220 billion - the highest in the Vietnamese banking system.

This is the biggest M&A deal with a strategic investor in Vietnam's banking industry and is a double transaction. KEB Hana Bank invests capital to own 15% stake in BIDV with the holding period of at least 5 years. At the same time, BIDV receives a long-term technical assistance from Hana Financial Group and KEB Hana Bank, including but not limited to 6 areas: strategic corporate governance; technology and digital banking; retail banking development; diversified asset portfolios; risk management; human resources training and development.

Addressing the ceremony, Ms. Nguyen Thi Hong, Deputy Governor of the State Bank of Vietnam, affirmed: The cooperation between the two leading financial institutions of the two countries not only brings benefits to the two banks but also the business community of Vietnam and South Korea. KEB Hana Bank's large investment in Vietnam is a clear testament to the optimism and confidence in the stability and development potential of Vietnam's economy and the finance and banking industry in general and BIDV in particular. 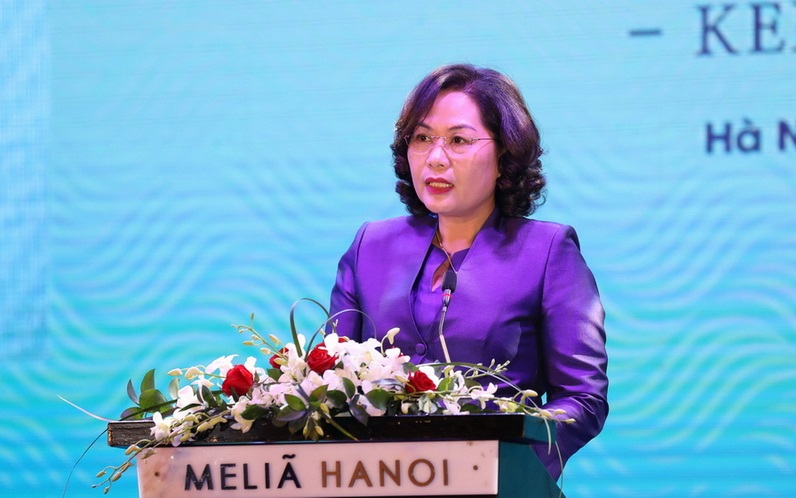 South Korean Ambassador to Vietnam Mr. Park Noh Wan shared: In recent years, economic competition between not only countries but also businesses has become extremely fierce. We will not be able to survive and develop if we fail to promote our strengths and tackle weaknesses. From this perspective, Mr. Park Noh Wan believes that with a good start today, the strategic partnership between BIDV and KEB Hana Bank will be fruitful and generate a great source of strength for the development of both sides. Today's event is also a clear evidence of the increasingly better cooperation between Vietnam and South Korea. 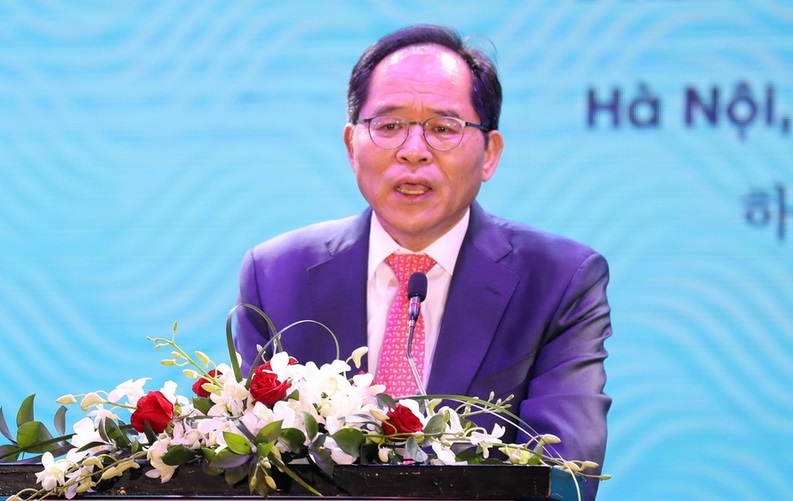 Mr. Phan Duc Tu, Chairman of BIDV Board of Directors, said: The strategic partnership with Hana Financial Group is of great significance for BIDV, marking an important milestone in the bank’s development and international integration. With the long-term strategic support from KEB Hana Bank, Hana Financial Group - the financial institution with outstanding governance capacity and successful experience in South Korea and many countries around the globe, BIDV will have the opportunity to fundamentally change the governance model, improve management capacity; risk management; develop modern products and services of high technology content; enhance competitiveness, better meet the needs of customers for products and services, and contribute to national development.

Also during the event, under the withness of Mr. Kim Jung Tai - Chairman of Hana Financial Group, Mr. Ju Sung Kyu – CEO of KEB Hana Bank, Mr. Phan Duc Tu – Chairman of BIDV Board of Directors and Mr. Le Ngoc Lam – Senior Executive Vice President in charge of BIDV Board of Management, BIDV and KEB Hana Bank announced "BIDV – KEB Hana Bank Education Development Program" with a budget of USD1 million per year, and contribution ratio of 50-50. The program is focused on education, training cooperation, improving and exchanging knowledge and languages between Vietnam and South Korea. 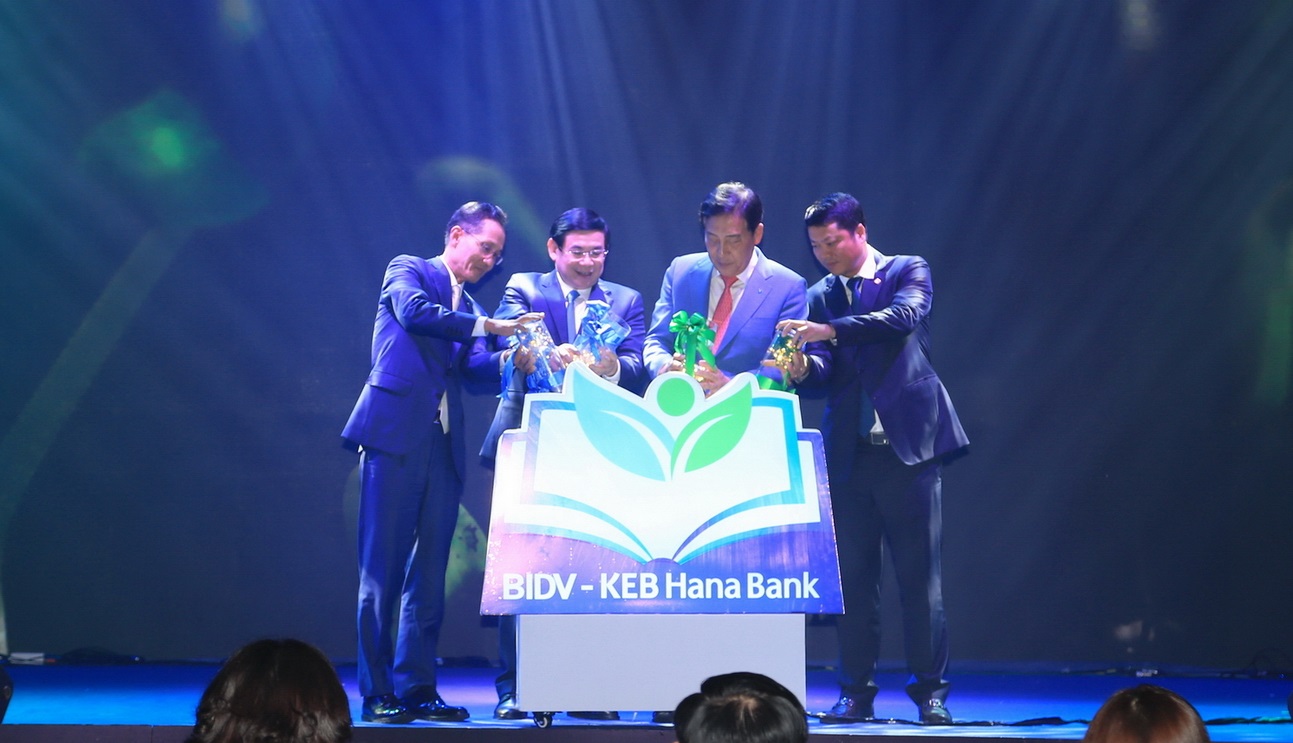 The strategic partnership not only marks a new turning point in the history of BIDV - the oldest commercial bank in Vietnam but also an important advance in BIDV and KEB Hana Bank cooperation. It reaffirms the cooperation of the leading businesses of Vietnam and South Korea in an effort to further promote economic and diplomatic relations between the two countries.

Established in 1957, BIDV is the largest lender in Vietnam by total assets. The bank covers a wide range of operations including banking, insurance, securities and financial investment with a network of more than 1,000 branches and transaction offices and commercial presence in 6 countries and territories. BIDV is serving 11 million customers, has established partnerships with 2,300 financial institutions around the world. As of 30 September 2019, BIDV’s total assets hit VND1.43 quadrillion (equivalent to USD 61 billion). BIDV has made the list of Top 2,000 world largest companies (Forbes) for years; Top 500 world’s most valuable banking brands (Brand Finance); Best retail bank in Vietnam for 5 consecutive years (The Asian Banker); Best SME bank in Vietnam and many other awards.

Bank for Investment and Development of Vietnam JSC (BIDV)