At the event, leaders of the City People's Committee of Hanoi and the Ministry of Public Security experienced the deposit/withdrawal of money at BIDV's automatic teller machine (ATM) with a chip-based ID card.

On 15 July 2022, at Hanoi Museum exhibition, BIDV cooperated with the Research and Application Center for Resident Data (RAR) - Ministry of Public Security to deploy a display and experience area for banking transaction feature using chip-based ID card. This event was held to celebrate the 60th anniversary of the Traditional Day of the People's Police force (20 July 1962 - 20 July 2022). 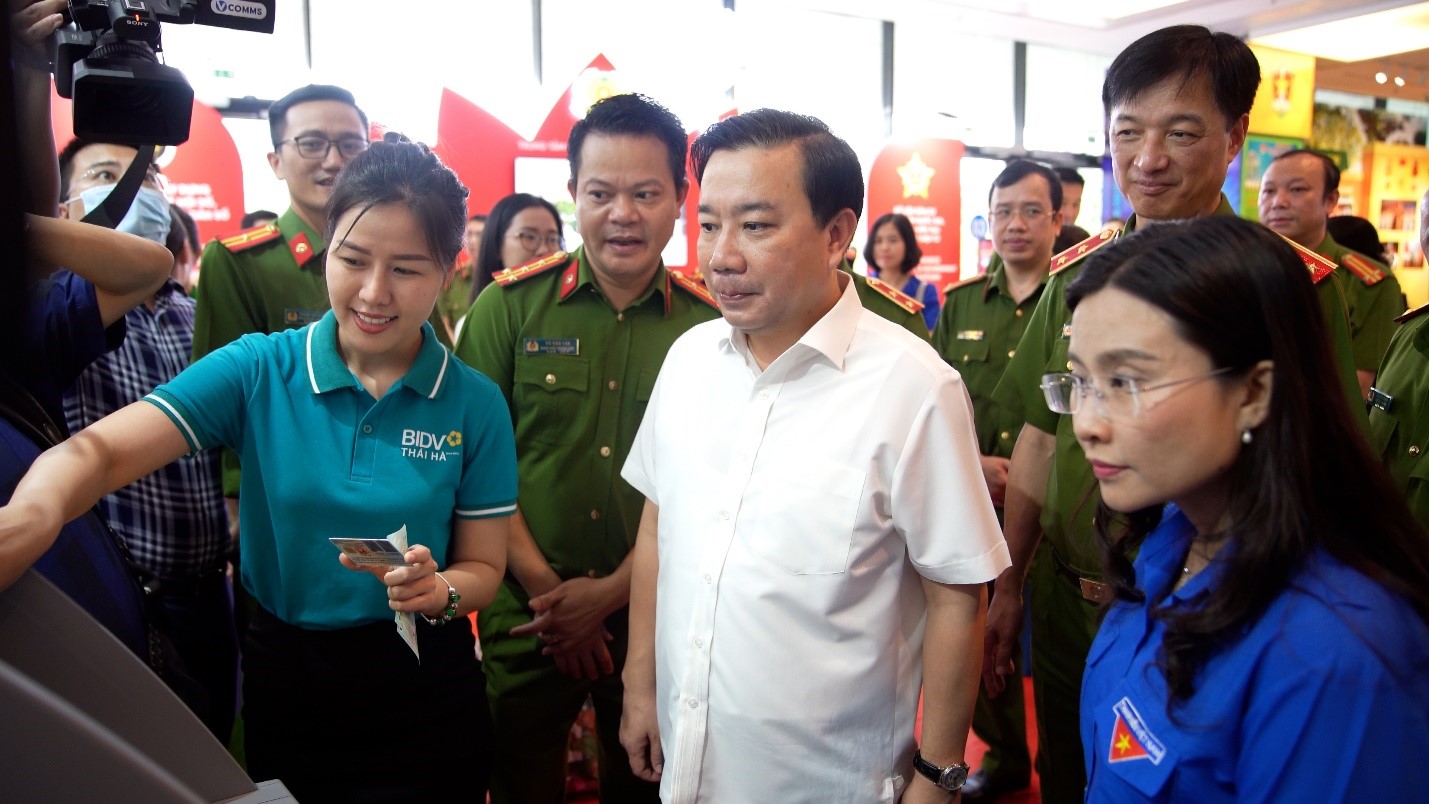 Previously, from 9 May 2022, BIDV's customers can use chip-based ID card to deposit, withdraw and transfer money at some multi-function ATMs (CRMs) and  Ezone self-service counters.