On the morning of 5 November 2022 in Hanoi and more than 20 provinces/cities nationwide, the Joint Stock Commercial Bank for Investment and Development of Vietnam (BIDV) launched an online charity running race “BIDVRUN - Warm Tet for the Poor 2023”.

In this 3rd time, the running race will take place for 22 days, from 5 November to 26 November 2022. In this race, all kilometers achieved will be converted into cash sponsored by BIDV to present gifts to the poor on the Vietnam’s Lunar New Year 2023. Each kilometer is equivalent to VND1,000 to VND3,000 (depending on the applicable time).

On the launching day, for each valid kilometer, runners will contribute VND3,000 to the “Warm Tet for the Poor 2023” program. During the program, multiple events will be organized for runners to improve their contribution.

In just a short time after the Launching Ceremony, nearly 26,000 runners registered and recorded an achievement of more than 67,000km, equivalent to more than VND200 million in cash. 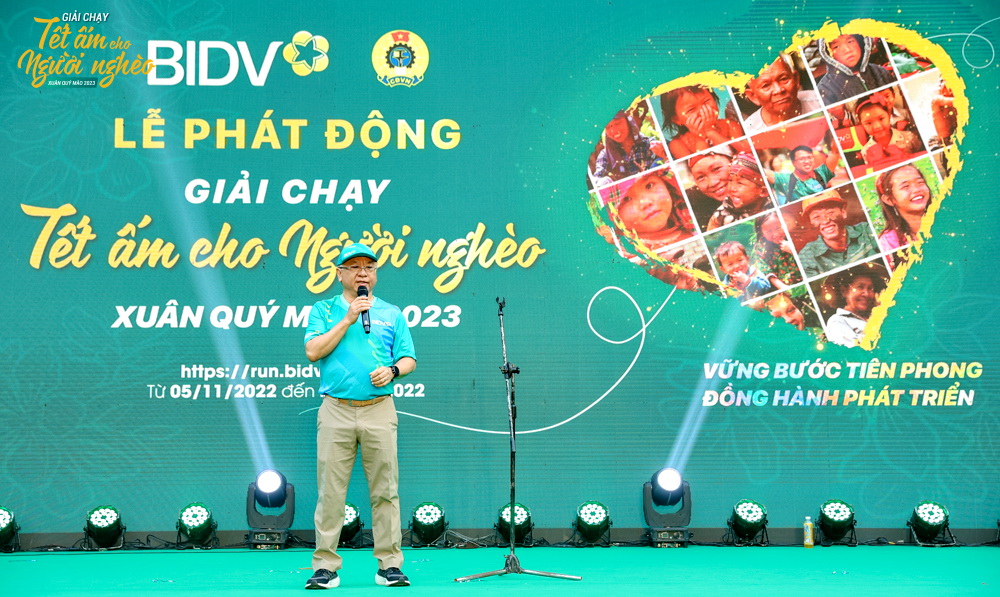 Since 2019, the running race has become an annual cultural event, marking BIDV’s great contribution to the community. The enthusiastic participation by a large number of BIDV employees and customers has brought great encouragement and support for the running race in particular and the sports movement in general.

BIDV’s “Warm Tet for the Poor” run race has become popular among the runners community. Joining BIDV from the first race, for Thai Nguyen Runners Club members, running is extremely meaningful in that they not only run for their health but also for the poor and make contribution to share with millions of disadvantaged people and families nationwide.