Results and awards for BIDVRun - For a green life 2022

Nearly 47,000 runners participated in the Online Charity Run “BIDVRUN - For a Green Life 2022”, contributing more than VND8.2 billion for flood proof community houses and 188,645 protection trees. The running race, which took place from 17 April 2022 to 8 May 2022, has left many social meaningful impressions. On 26 May 2022, BIDV held a ceremony to announce results and award prizes to high-performing individuals and teams.

Nearly 47,000 runners participated in the Online Charity Run “BIDVRUN - For a Green Life 2022”, contributing more than VND8.2 billion for flood proof community houses and 188,645 protection trees. The running race, which took place from 17 April 2022 to 8 May 2022, has left many social meaningful impressions. On 26 May 2022, BIDV held a ceremony to announce results and award prizes to high-performing individuals and teams.

As a pioneer in community activities, this online charity race is BIDV’s initiative for the purposes of enhancing social security, improving health and well-being, promoting business and connecting colleagues system-wide. This is the 2nd time the race “BIDVRUN-For a Green Life” was organized on the occasion of BIDV’s 65th anniversary. The race attracted not only BIDV’s employees but also a wide range of customers. 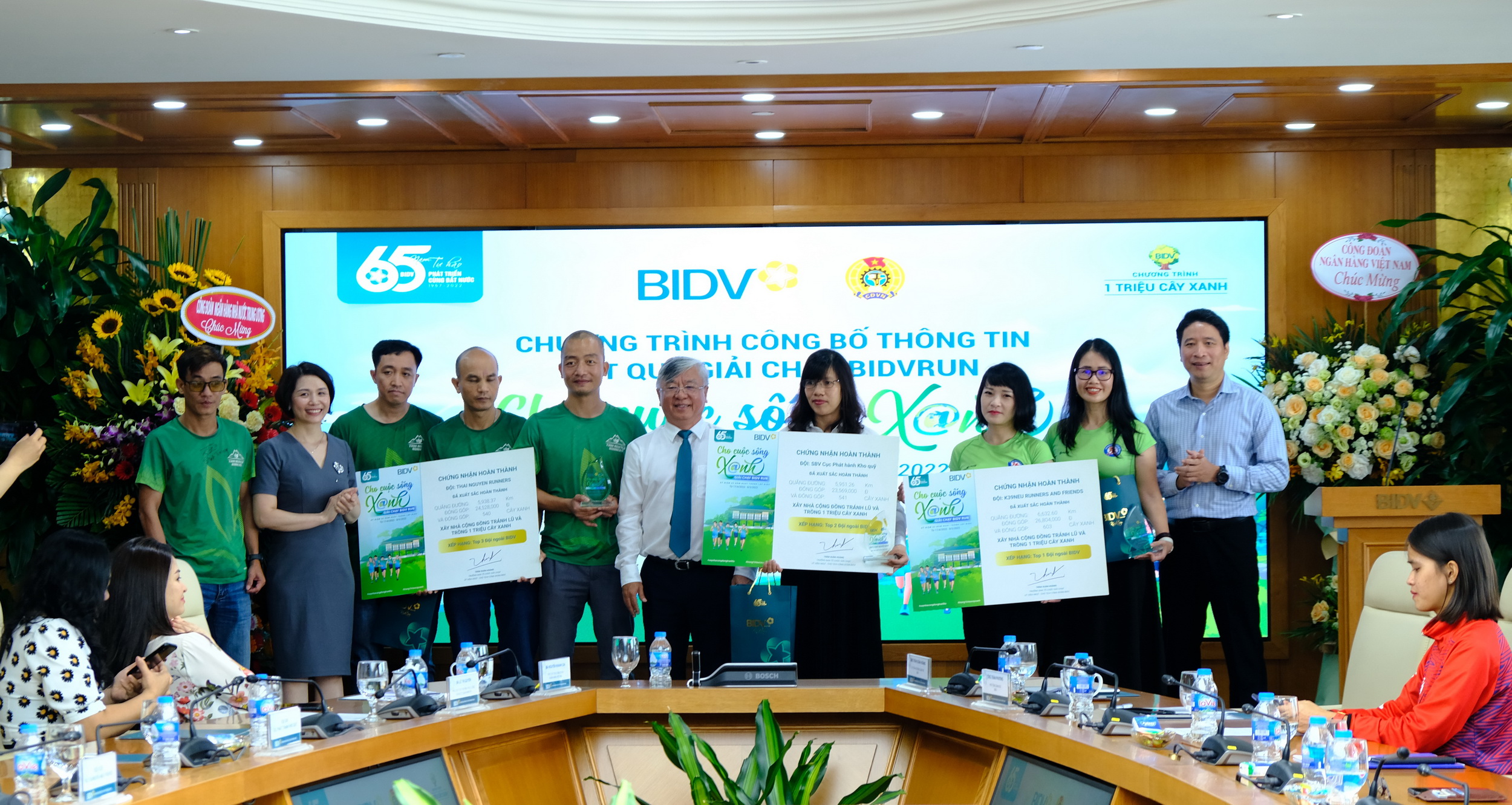 After 22 days, 439 teams including 244 BIDV teams, 31 teams from the State Bank of Vietnam and 164 teams of external runners participated in the Race with a total of 46,838 runners, reaching 2.1 million km in total, or nearly 45km/runner on average. This achievement is equivalent to the conversion amount of more than VND8.2 billion. This amount will be used to build flood proof community houses in flood-prone provinces. At the same time, for every valid 11km run, the runners also contributed 1 tree to “01 million trees” program of BIDV in response to the “one billion trees” program initiated by the Prime Minister. As a result, 188,645 trees were contributed to the program. 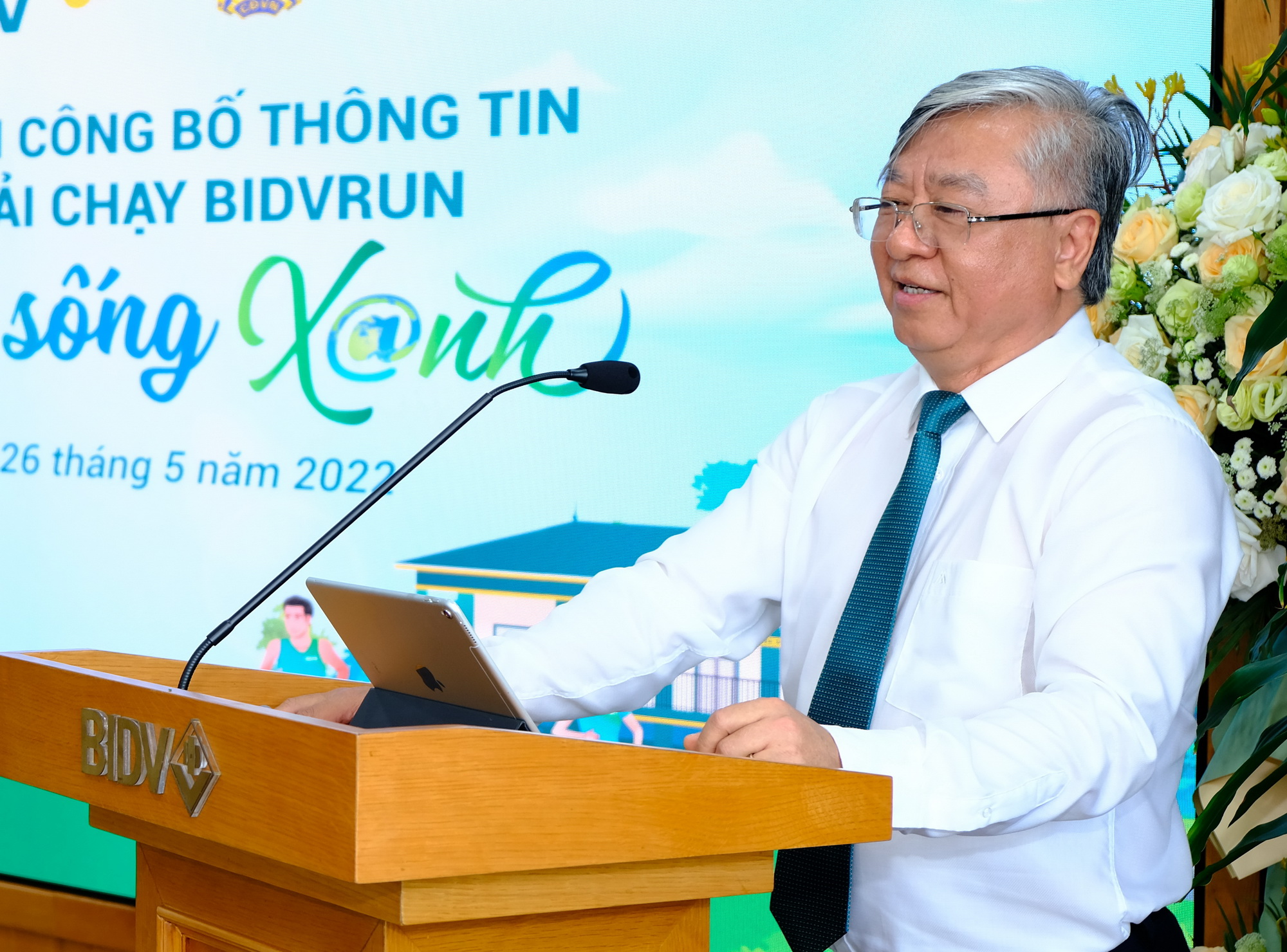 The annual charity run organized by BIDV has made its own mark and attracted great attention of the State Bank of Vietnam, BIDV’s employees and athletes from all over the country. In particular, many foreign athletes from France, Australia, South Korea, etc. also knew about and participated in the race. Through the race, athletes not only build a healthy lifestyle, create a sport and exercise movement, but also make meaningful contributions to the community and sustainable development of the country.

This year’s race has the participation of diversified runners who are sports practitioners, amateurs as well as professional athletes of the National Athletics Team, such as runner Pham Thi Hong Le who has just won the 31st SEA Games Gold medal of 10,000m category. In order to promote enthusiastic sportsmanship and encourage runners who have tried their best to compete for the homeland and contribute to promoting the image of Vietnamese people and country at international competitions, BIDV presented a prize of VND30 million to runner Pham Thi Hong Le. To encourage other high-performing runners who have made great contributions to the race, BIDV also offers plenty of gifts including: sports jerseys, caps and drawstring bags, 2,000 pieces each.

This is the 3rd time I have participated in BIDV’s running race. This kind of charity runs makes running more meaningful because it is not only about competition, personal health and well-being improvement. It’s also about contribution to the community, working together for a better life.

In its development strategy, community development has been always defined as one of BIDV’s key objectives and core values. BIDV’s social security activities reflect responsibilities and sympathy of its employees, and have become a good tradition that has been fostered across the entire system through generations. During its 65 years of operation, social security has been persistently carried out to bring human values ​​to the community, like a river carrying silt, sediment and gratitude. It’s not just corporate cultural identity. It’s not just a political responsibility. It is also the great pride of BIDV.