BIDV surpasses all business targets of 2018 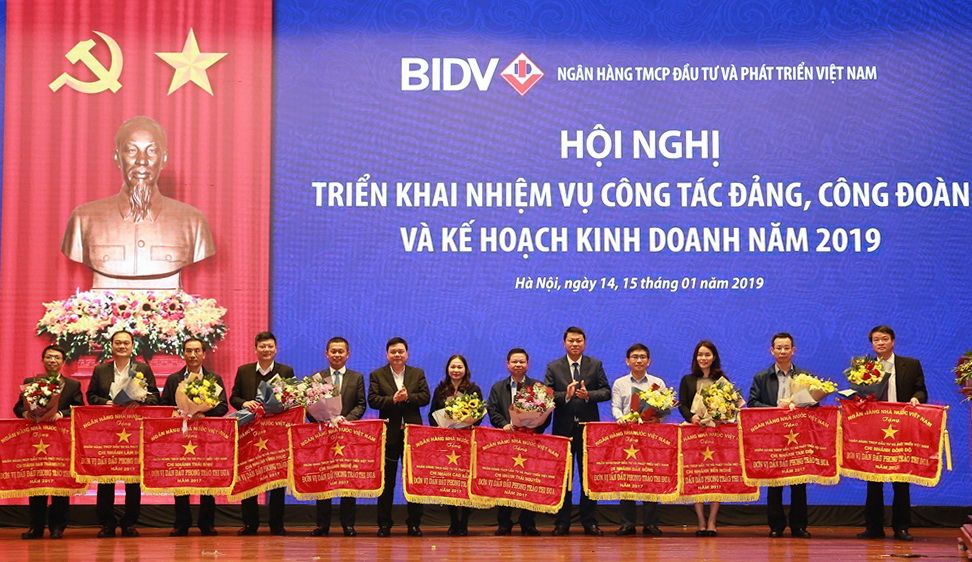 BIDV ‘s total assets in 2018 reached over VND1,283,000 billion, maintaining its position as the largest commercial bank by assets with profit before tax hitting over VND9,625 billion. The information was released at the bank’s business conference held on 14 January 2019 in Hanoi.

BIDV fulfilled its business goals, shifting the operating model towards boosting retail, SME and FDI operations, maintaining a stable customer base, which laid solid foundations for the bank to complete its restructuring plan for the period 2016-2020. As of 31 December 2018, BIDV had completed all 13 targets, particularly:

In the year, BIDV delivered outstanding performance in bad debt settlement; aggressively boosting digital banking. The bank led the market by retail banking business; successfully issuing VND4,586 billion of bonds, helping improve financial capacity. It also signed a USD300 million facility agreement with ADB - the largest commercial loan ADB has provided to an Asian commercial bank to date. BIDV was honoured by ADB as the leading partner bank in Vietnam for 3 years in row. Moody’s upgraded the bank’s baseline credit assessment from b3 to b2. BIDV established new correspondent relationships with eight foreign banks, raising the number of financial institutions the bank has established relationships with to 2,300 in 177 countries and territories

Addressing the conference, the governor of the State Bank of Vietnam Mr. Le Minh Hung recognised BIDV’s performance in the past year, affirming the bank is a particularly important instrument of the State, pioneering in implementing the policies of the government and the State Bank, and making significant contribution to the banking sector.

The governor lauded BIDV’s impressive business performance as well as support for the local socio-economic development and social security activities. He expressed his confidence that BIDV would successfully fulfill its tasks, contributing to the success of the banking sector in 2019.

Mr. Phan Duc Tu, chairman of the board of directors at BIDV said: BIDV is determined to fulfil the targets outlined in the restructuring plan one year earlier than planned which would lay solid foundations for the bank to make breakthroughs and sustainable development. The bank will enhance its financial capacity with a focus on the sale of stocks to foreign strategic shareholders. Digital banking will be boosted to strengthen the position of BIDV’s technology in the market.